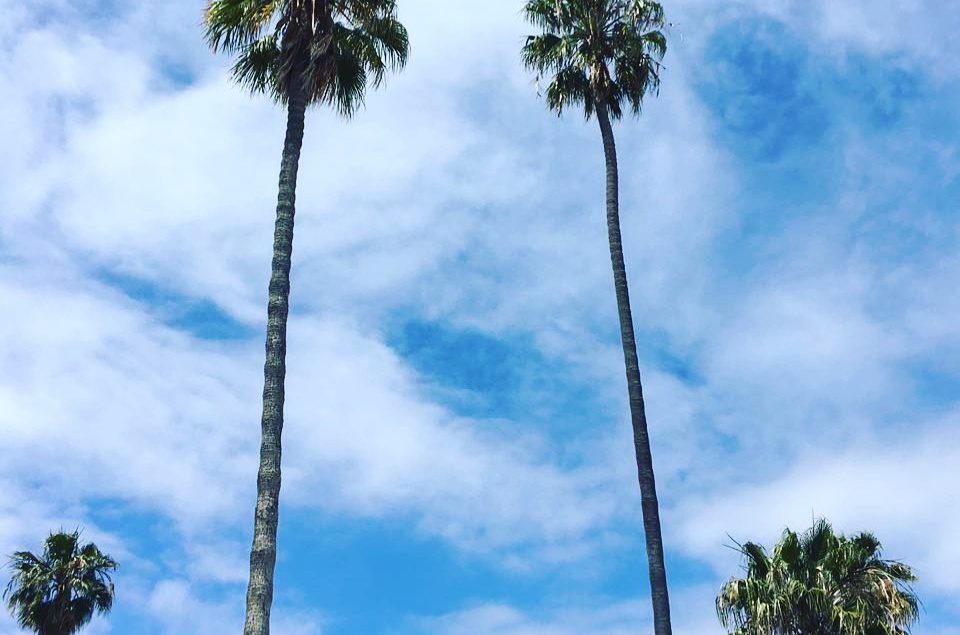 At 10 o‘clock we started our trip to Santa Barbara, strengthend by banana pancakes made by Mrs Neuschitzer. First of all we visited the farmers marekt where we bought locally produced goods. we bought the most expensive eggs ever and also some delicious strawberries and other yummy things. Afterwards we did  some shopping downtown and could fully concentrate on the touristy part of our stay.

Many interesting shops were located on State Street which we truly anted to discover. Even though shopping was great fun we were all exhausted afterwards. However, energy was necessary for the upcoming event, a tour on land and sea, which is why we got ourselves an American pizza with beach view. We were able to dip our toes in the sea and walk around the sandy beach.

The west beach is a „Tsunami Hazard Zone“ that we were later supposed to explore with the landshark (a mixture between a bus and a boat). First the landshark led us through different quarters of Santa Barbara. Under the guidance of captain Milo we got to know a lot about several restaurnts and the culture of the city. On our tour we saw the old jail house which we really liked but obviously we couldn’t get off which is why we decided to stop by some other time (-> our last day)

After spending some time on the land we proceeded to the sea. Out there we were hoping to see some dolphins and other sea dwellers but unfortunaly we were not granted this wish. Nevertheless we spotted some sealions and had a great experience.